We’re excited to announce Robert Inches has been appointed as PFG Group’s new Acting CEO. Robert has been a key member of PFG’s management team for more than four years as CFO and steps into the role following Michael Sylvester’s recent departure. PFG wish to thank Mike for his leadership over the last four years and wish him all the best for his future endeavours. 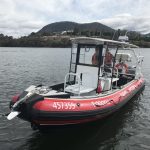