PFG has today announced the addition of a new member to its Defence Capability Advisory Committee. Well-credentialed, Commander (Rtd.) Ian Parker CSM, joins an esteemed panel of Committee members, consisting of senior Naval veterans together with experts in public security and trade who guide, support, and advise on the development of PFG’s range of Sentinel tactical watercraft.

CMDR (Rtd.) Parker will bring invaluable insight to the Committee to ensure PFG continues to create a premium product with Defence needs in front of mind.

CMDR (Rtd.) Parker is a highly experienced and respected Royal Australian Navy Officer and reconnaissance diver. He has served our country with distinction,” explains the Chair of PFG, Chris Oldfield. “CMDR (Rtd.) Parker will bring specific operational knowledge and experience that will be highly valuable in the development of The Sentinel. This will help ensure that we are designing and building vessels that are fit for purpose and offer a high level of performance, durability and crew protection.”

CMDR (Rtd.) Parker has three decades of Defence experience. He joined the Royal Australian Navy in 1980 and specialised as a Mine Warfare Clearance Diving Officer in 1985, later he served as the Executive Officer of Clearance Diving Team (CDT). He was deployed to Saudi Arabia and Kuwait as a member of Australian CDT3 for Operation Desert Storm. Afterwards he served in missions in both Iraq and East Timor. CMDR (Rtd.) Parker was posted to a secondment for the UN’s Integrated Training Service (ITS) in New York where he spent time in various UN missions in countries such as Burundi, Ethiopia, and Afghanistan. 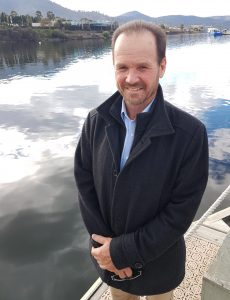 I knew of PFG and its Sentinel range of watercraft through my long-time friend and colleague Admiral Gilmore,” CMDR (Rtd.) Parker said. ‘’I was very excited to be a part of PFG’s Advisory Committee for Defence Capability when I was offered the opportunity. I could see that The Sentinel’s highly durable HDPE construction, and innovative design features, would be great capability enhancers for the ADF.”

The PFG-manufactured Sentinel is used for patrols, crew transfer, rescue, first response and dive boat operations by Defence, public security, and emergency service organisations across Australia. The Sentinel is manufactured from high-density polyethylene (HDPE) and delivers an inherently smooth ride at full speed due to the low centre of gravity and features shock and vibration absorbing properties, proven design and build methods. The smoother ride reduces fatigue and other safety risks to the vessel’s operators. It is these virtues that The Sentinel brings a new generation of evolved design, fast military vessels, as well as industry leading, low whole-of-life costs. 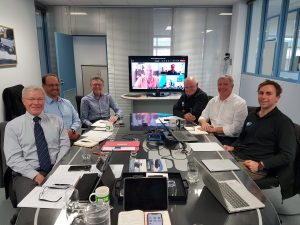 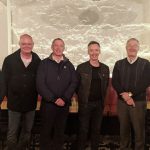 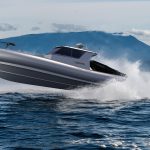