Hobart based boat builder PFG, today announced that through an open Tender process, it had secured a contract valued at approximately $6 million with the New Zealand Defence Force to design and construct three 12.5 metre, high-speed Littoral Manoeuvre Craft (LMC). These watercraft, will be fully constructed from next generation boat building material, High Density Polyethylene (HDPE).

PFG’s Chief Executive Officer, Rob Inches said today that the awarding of the contract was recognition of over 25 years’ experience the company has had in the building of durable and safe high-performance boats.

We have been building boats with HDPE for over 25 years, mainly for use in the aquaculture industry. However, with our Sentinel Tactical Watercraft branded boats, we have had success more recently in the police and emergency services sectors”, Mr Inches stated.

“Our boats are renowned for being virtually indestructible, can’t corrode or suffer from electrolyses and renown don’t ever require painting resulting in comparably low whole of life costs.

“The boat hulls are 100% recyclable, and of course being built in Tasmania, they are constructed using 100% renewable energy. We are also delighted that we have been able to partner with New Zealand industry with the inclusion of the highly renowned Hamilton Jet water propulsion units and General Marine Services of Auckland who are both major equipment suppliers and sustainment partners for the program.

“Due to the design excellence of a partner naval architects, One2Three of Sydney, and PFG’s craftmanship in building quality, the boats perform to a very high level, offering strength, reliability, manoeuvrability and crew safety that is unmatched in this class of craft.

“We are also proud that these craft are being built in a region such as Tasmania, a State with a boat building heritage stretching back over 200 years,” Mr Inches said.

“The LMC’s will provide the Royal New Zealand Navy (RNZN) with an improved ability to detect and respond to underwater threats, support expeditionary reconnaissance and provide an agile platform for the transport of troops and materiel.

“It is also important that the LMCs are capable of performing multiple roles and tasks and be able to operate in a forward command role as required. 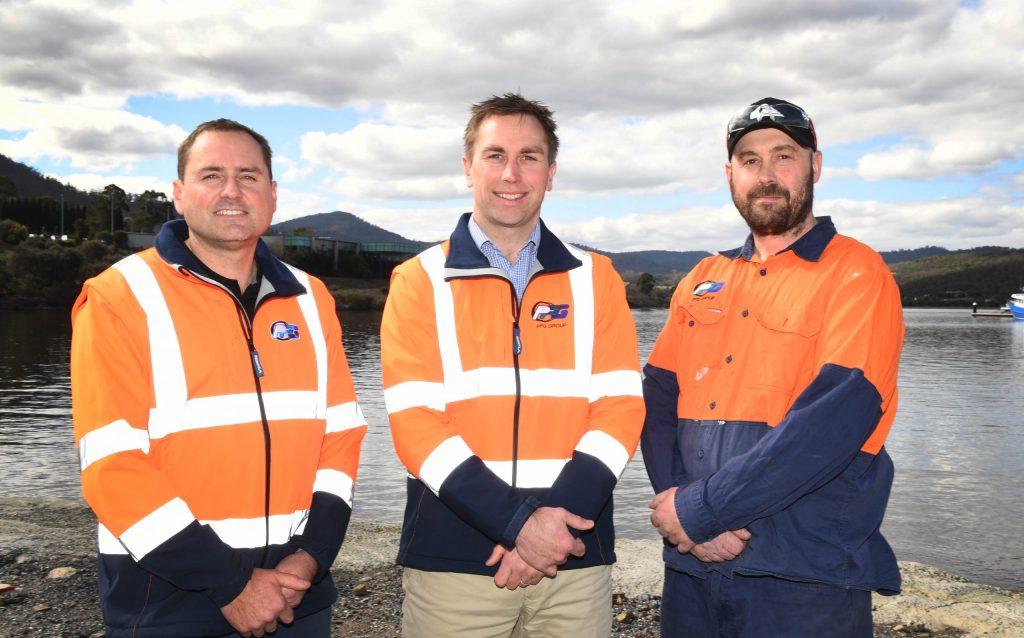 “We are proud of our Sentinel craft and proud of the team we have assembled who will deliver them. We are also delighted to work with the RNZN to develop a boat that will set a new bench mark in meeting the needs of a modern defence force,” Mr Inches said. 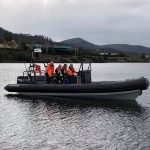 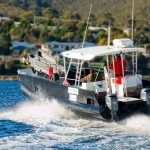