From one milestone to the next

In an important milestone, Hobart boat building firm PFG is about to despatch another three of an order of ten specially designed Flood Rescue Boats for the Western Australian Department of Fire and Emergency Services (WADFES).

The contract, which represents one of the largest single orders of speciality craft yet undertaken by PFG, has helped open-up new market opportunities for the local boat builder.

PFG recently won a contract to build three 12.5 metre speciality watercraft for the New Zealand Defence Force  – a deal that is already exposing the firm’s capabilities to other customers in the highly competitive national and international defence force market.

PFG’s Chief Executive Officer, Rob Inches, said the opportunity to build watercraft for the military and for emergency services was in keeping with the company’s vision.

“Our aim is to build boats that complete the missions they are tasked to undertake and to then bring their crews homes safely. In that context, we delighted in building these boats for WADFES since they are specifically designed and constructed to provide rescue services to communities in times of natural emergencies,” Mr Inches said.

To mark this milestone of the WA contract, PFG today brought together its employees to personally thank them for their efforts in fulfilling the contract which has kept the business working around the clock for the past 18 months.

Mr  Inches said the reasons for the company’s growing success could be attributed to its innovative design and construction, the use of new generation materials and technology, and PFG’s local, skilled workforce.

“Without our people and our local suppliers, we would not be where we are,” he said. “We cannot thank them enough. We are very proud of what we do, and very proud that our boats are used in such vital services.”

In addition to currently constructing vessels for the New Zealand Defence Force, PFG has also recently won its first ever contract with an  Australian Government agency and is building two vessels for the Australian Maritime Safety Authority. 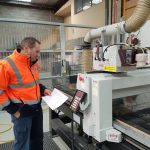 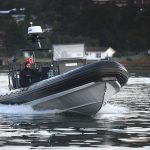